On Monday 20 August 2018, a young girl in a yellow raincoat walked up  to the Swedish Parliament in Stockholm and sat down. She was carrying a big sign. It read: “Skolstrejk för klimatet”,  which means “School strike for the climate”.

People walking by were curious. In Sweden, children go back to school  in the middle of August. What is she doing here instead of being at school?

She handed out flyers. She explained that she was school striking, meaning, she was not going to school so she could protest about the climate crisis.

“Why should I be studying for a future that soon will be no more, when no one is doing anything whatsoever to save that future? And what is the point of learning facts within the school system when the most important facts given by the finest science of the same school system clearly mean nothing to our politicians and our society?”

That summer was a very long and hot one. Since April, almost every day had been hot with sunny blue sky. It was certainly pleasant and lots of people enjoyed themselves picnicking in the parks, barbecuing in the forests and swimming in the lakes.

But because it hardly rained, the forests got very dry. This made it really easy for forests to start burning. More than 25,000 hectares of forests were destroyed in Sweden that year - the worst wildfires in Sweden’s modern history.

The Swedish Parliament building is in the centre of Stockholm. The main shopping street Drottninggatan runs right past it. This is also where the politicians and the government meet. In a few weeks’ time, Sweden will be holding elections, to choose who will be running the country, the regions and the local areas.

The girl in the yellow raincoat, was of course, Greta Thunberg. When she first sat outside the Parliament, she was only 15 years old.

Greta couldn’t understand why the adults were not doing anything to stop the climate crisis. 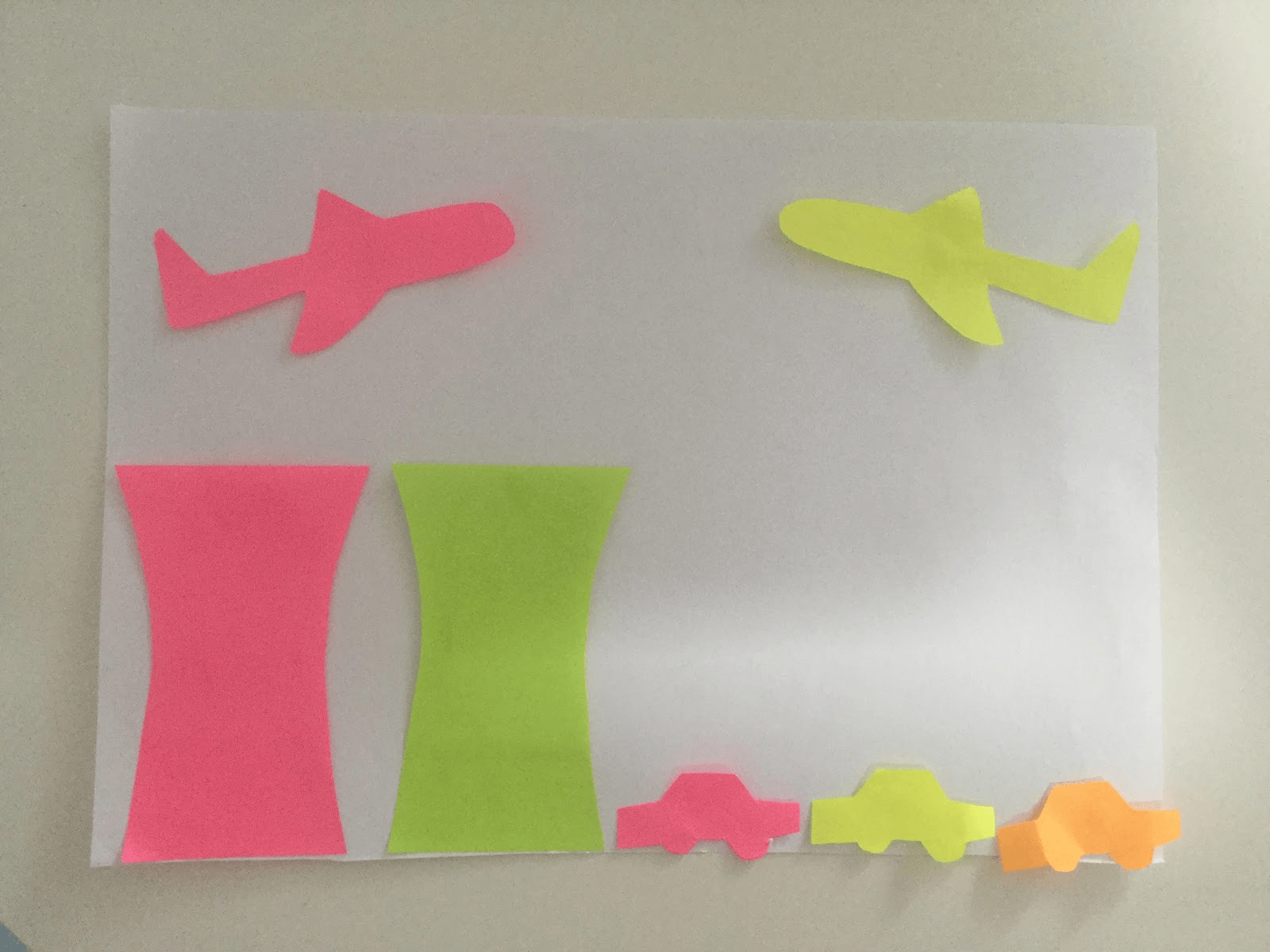 The science is clear. We have to stop burning fossil fuels and producing greenhouse gases. They are warming up our planet, changing our weather patterns and causing the climate crisis. We need to stop producing at least half of the carbon dioxide in the next ten years, if we are to not to set off an irreversible chain reaction beyond human control.

If we think the weather patterns we have now are strange, like the long hot dry summer in 2018 and the heavy rains we had in the winter, then they will get even more strange, extreme and unpredictable. 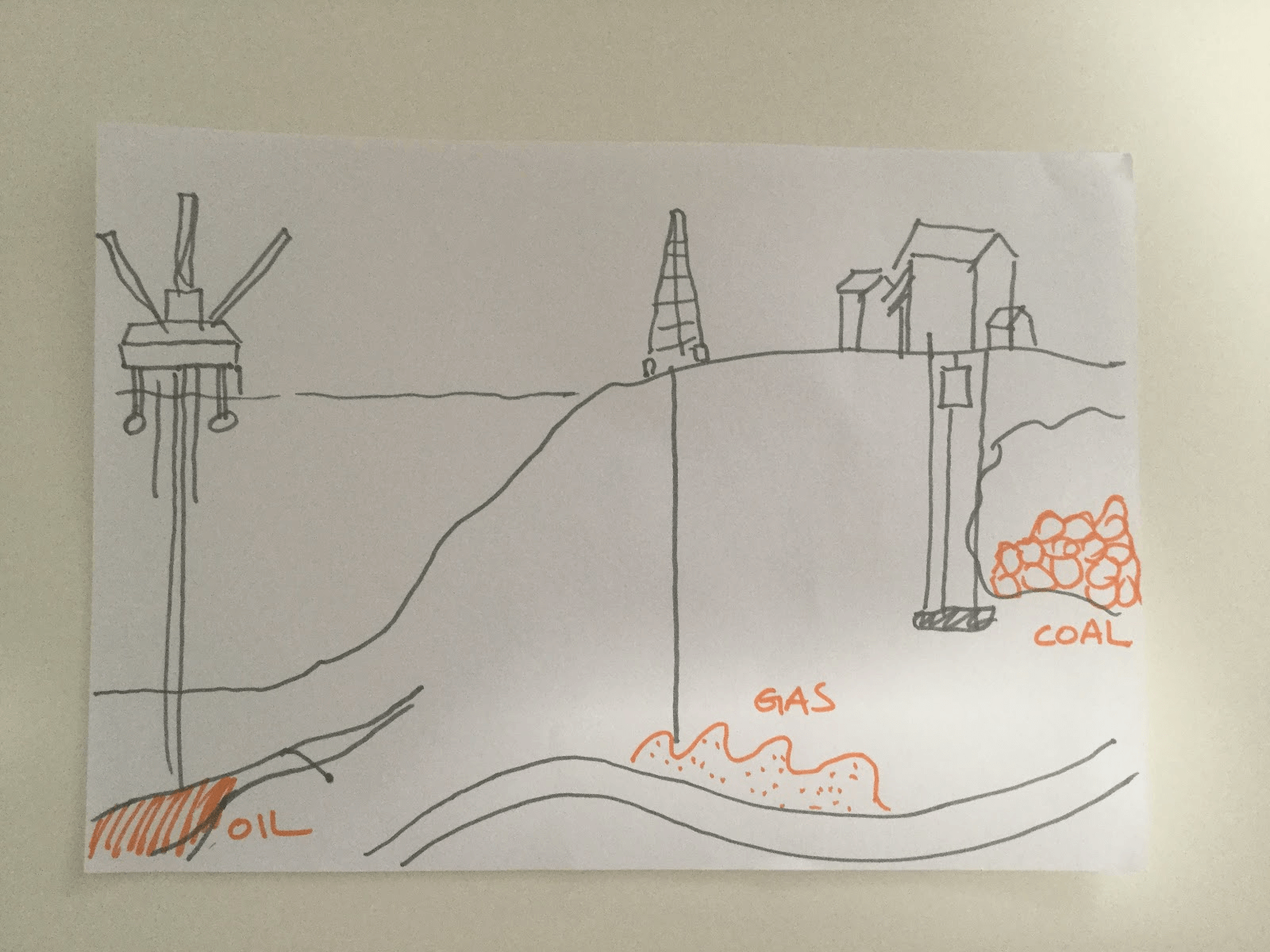 Greta’s message was simple. Stop burning fossil fuels like coal, oil and gas, and keep them in the grounds. The climate crisis is our greatest and most complex challenge, but we already have the facts and the solutions. 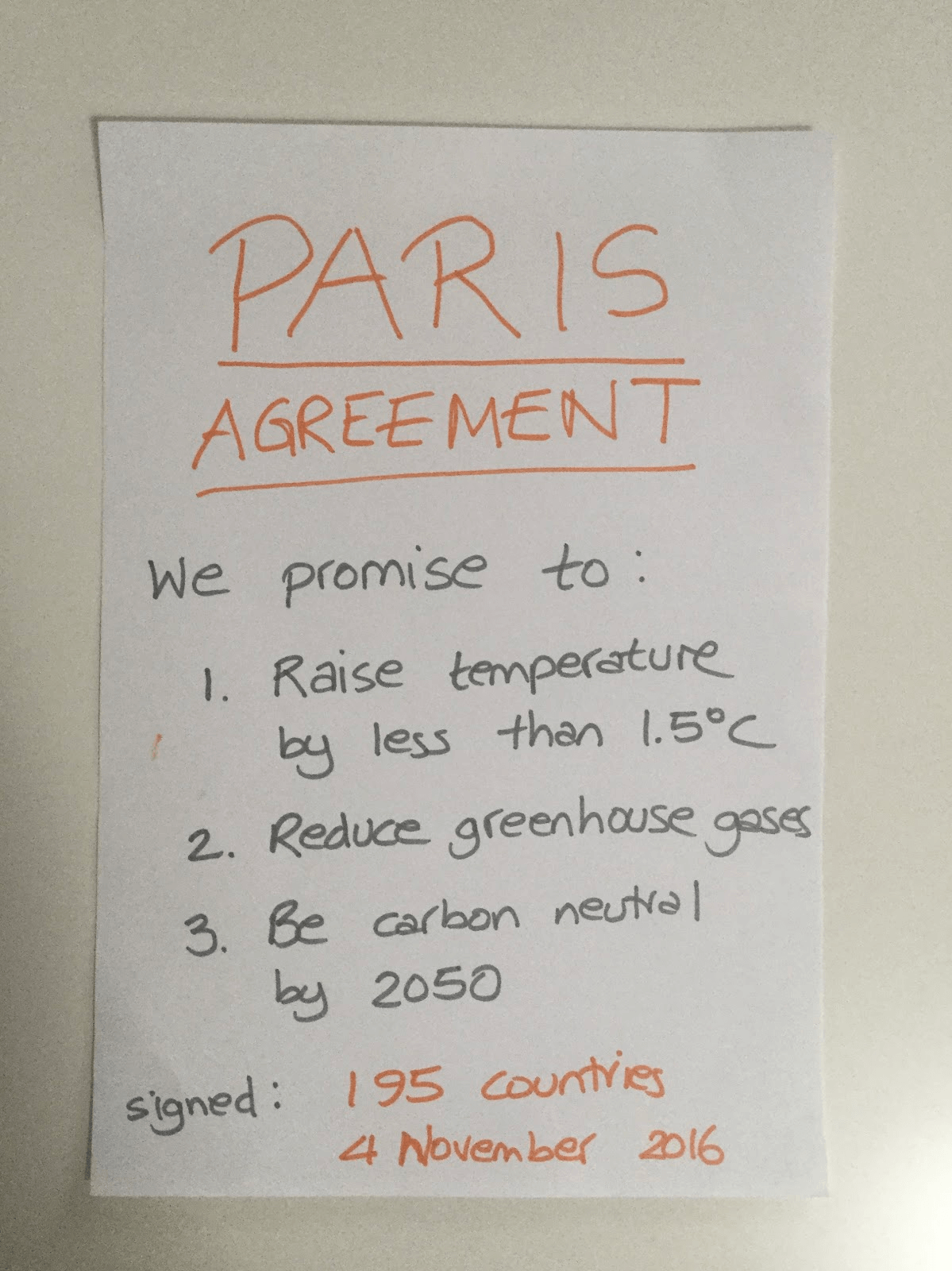 Listen to the scientists. Listen to the Intergovernmental Panel of Climate Change (IPCC), a part of the United Nations with scientists looking at the facts and solutions to climate change. Follow the Paris Agreement, where 195 countries agreed that they will make plans to stop the Earth’s temperature rising by more than 1.5 degrees. Countries will reduce greenhouse gases, and absorb more carbons than they produce and become carbon neutral by 2050. Carbon sinks, such as forests, soil and oceans are very good at storing carbons.

Soon, other children started to school strike with Greta, not only in Sweden but all around the world. School children marched on the streets every Friday afternoon to school strike for the climate. ‘Fredagar för framtiden’, or Fridays for the Future.

Two months later, Greta was addressing a big crowd in London’s Parliament Square. The month after that, she gave a TED talk in Stockholm. The month after that, she spoke at the United Nations Climate Change Conference in Poland. The next month she talked to the leaders of the richest countries in the world at the World Economic Forum. She urged the leaders to act now, because our house is on fire and that our planet is in crisis.

One year on since she sat down at the Swedish Parliament by herself, more than 4 millions school children have joined her Fridays for Future marches. Lots of adults joined them too. In 2019, she was awarded The Time Magazine’s The Person of the Year and nominated for the Nobel Peace Prize. The Collins dictionary announced the word ‘school strike’ was the word of the year. 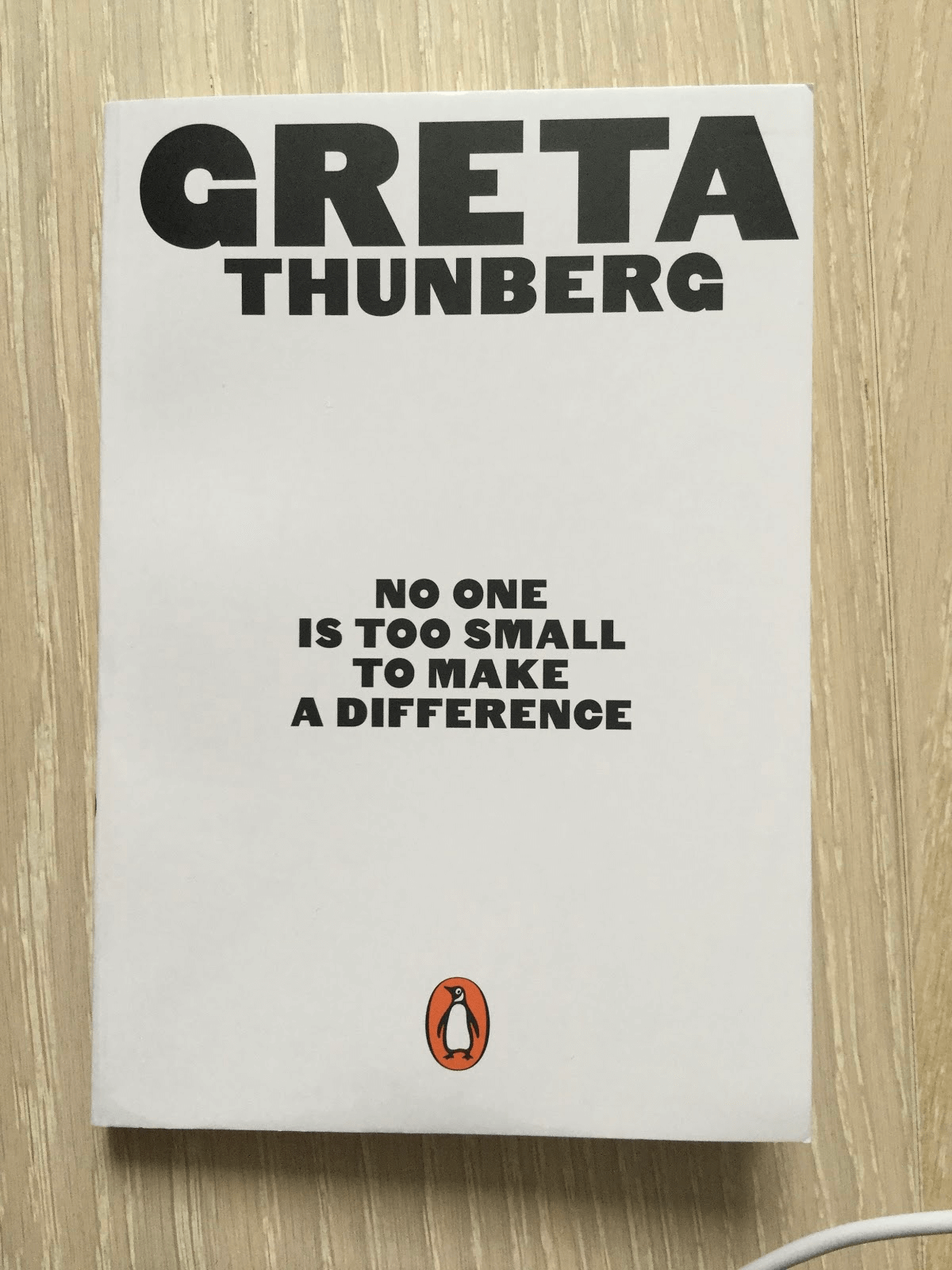 Greta’s book is called ‘No One is too Small to Make a Difference’. She has shown that even a child could have her voice heard, inspire a global movement and get the adults to listen.

There is still a lot to be done to stop our climate from going beyond the tipping point. Every one of us can make a difference. This week, I have explained how we can protect our environment - such as switching off our lights (and maybe our devices too!), produce less air pollution, not use chemicals that destroy our ozone layer and plant trees.

There are four things we can all do at home in our daily lives:

Now it’s time for your activity! 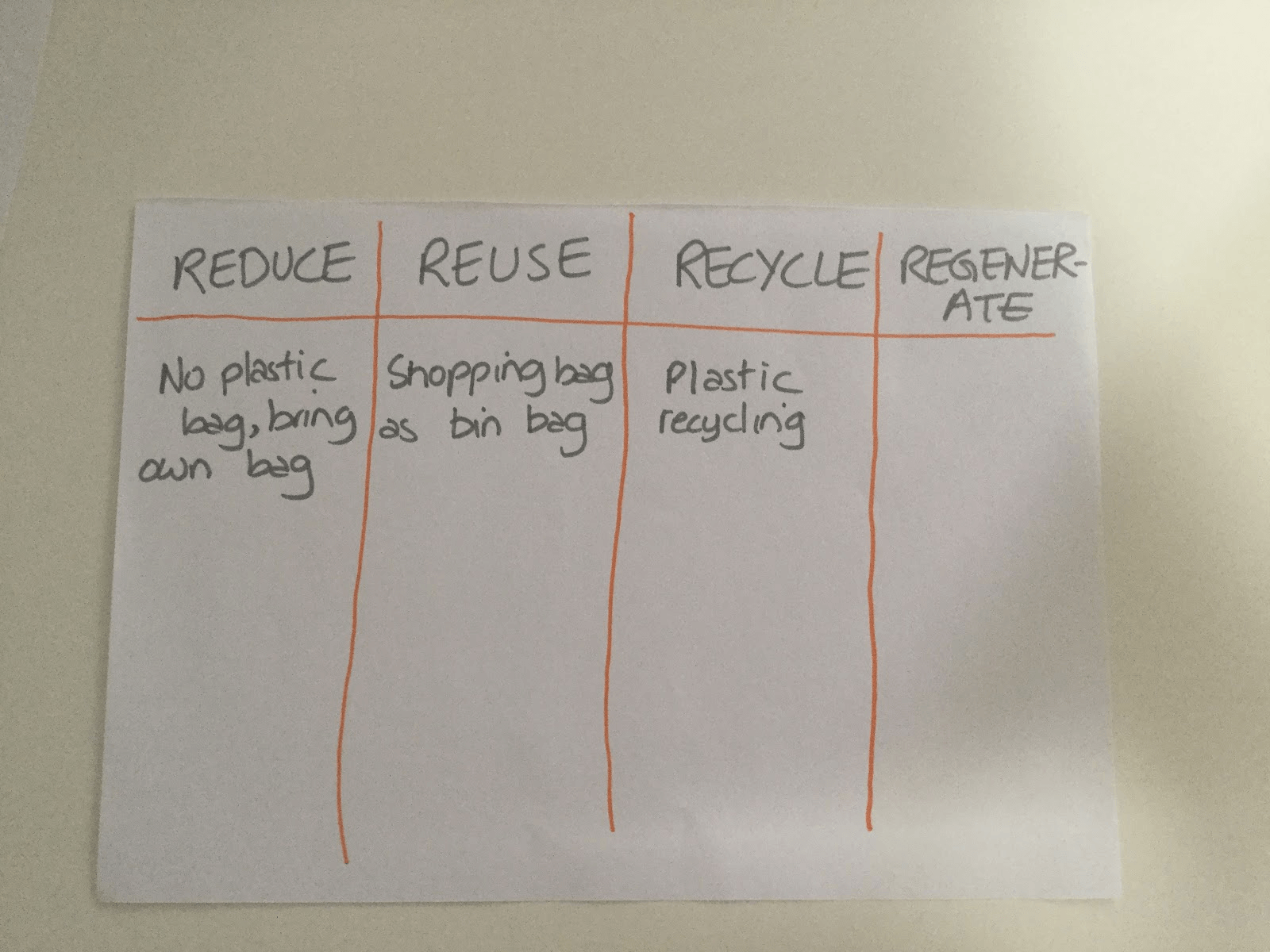 Make a table of things you can reduce, reuse, recycle and regenerate. Look around your house.

What can you find in the bin that can be reused again?

Once it has been reused, can it be recycled? Remember to separate any materials that can’t be recycled together!

What can you make that will give even more?

For example, can this be a plant or vegetable you can grow which absorbs carbon dioxide - and you can eat too?

Take good care of this list and keep updating it over the Easter holidays. Will you notice that your rubbish bin gets full less quickly? Do you notice any changes you are making in your life?

The Easter school holidays start next week, so there won’t be any more new videos from me over the holidays. Have a good break!